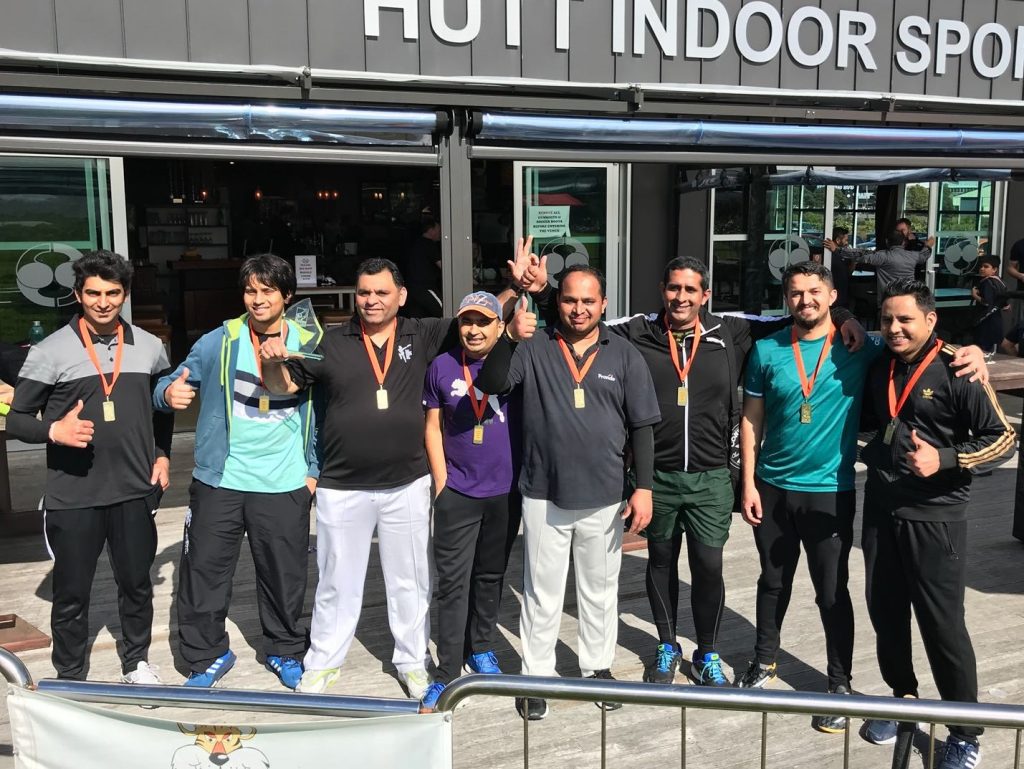 On our opening day of Business Games, the Indoor Cricket event took place at Hutt Indoor Sports with eight teams vying for victory.

In Pool A, defending champions Fronde were in ominous form and finished top with three wins from three games. It wasn’t all plain sailing for Fronde though – Datacom 1 meant business and pushed Fronde hard in their match before eventually succumbing 51-32.

Pool B was dominated by an impressive Vodafone side, whose closest match was their 94-48 defeat of New World Metro.

In the semi finals, Fronde continued their fine form and inflicted a massive defeat upon New World Metro, 111-8. Datacom 1 and and Vodafone contested a close match, with Datacom 1 winning out by 72-52.

Fronde and Datacom 1 competed against each for the second time on the day in the final. In an extremely close and tense match worthy of a  Business Games final, Fronde performed exceptionally to beat Datacom 1 by a mere 12 runs, 67-55. It was Fronde’s second victory in a row at our Indoor Cricket event.

On a more sombre note, Fronde Systems director and co-founder David Irving sadly passed away just days earlier prior to the event, so it goes without saying that the Fronde players were more determined than ever to win this event and dedicate victory to their late founder.

Congratulations to all teams that took part and especially to Fronde for such an inspiring and hard-earned victory.