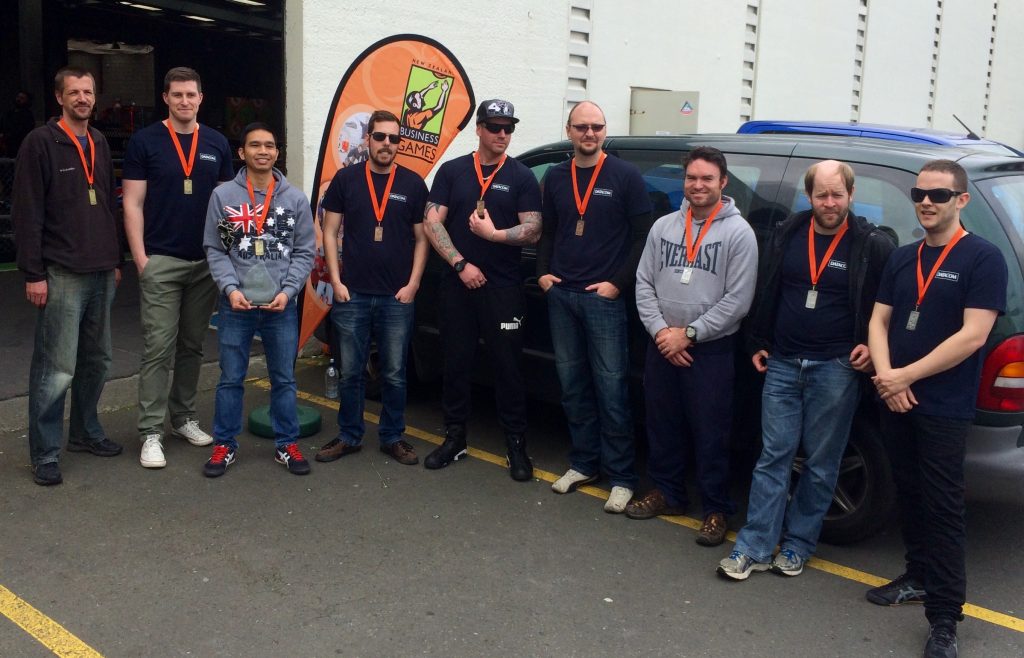 There was a huge Datacom presence, with 15 of our 31 teams entered on the day coming from the IT giant.

In Heat 1, the Datacom sides were quick to flex their muscle and finished first, second and third – sending three of their teams into the final.

Heat 2 wasn’t so lopsided, as only one Datacom side finished top 3 to make the final. A slick Fronde team were victorious in Heat 2, whilst Ebert Construction finished third but unfortunately had to forfeit their spot in the final and graciously passed it onto 4th placegetter, Civil Aviation.

Heat 3 saw more Datacom dominance as they finished in first and second. Third went to the plucky squad from Kiwirail.

The final race had 9 teams, six of which came from Datacom. Datacom 10 shot out to a lead after just a few laps, and executed fantastic driving throughout their 90 laps to maintain their lead and take a marvelous win. Hot on their tale were three other Datacom sides that all finished within one lap of Datacom 10.

A surprise in the final was Fronde, who after beating Datacom 10 in their heat would have been expected to contend for the podium – however, they failed to fire and finished in 9th place. Also, Civil Aviation, despite almost not getting through to the final, showed vast improvement and crept their way up the field throughout the final, eventually finishing in a credible 5th place.